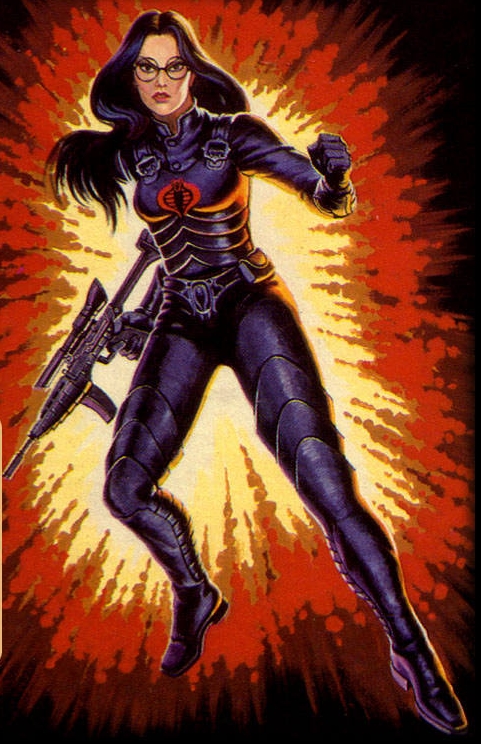 The Baroness serves as the Cobra's intelligence officer and lieutenant to Cobra Commander. She is a dark, sensual femme fatale whose beauty is matched only by her ruthlessness. She is the child of a pair of wealthy European aristocrats who made sure their daughter got what she wanted. Somehow along the way as she grew up, she joined a group of student radicals then moving on to extremists and, finally, into the ranks of Cobra.

Along with the Commander and Destro, she is part of the ruling Cobra Triumvirate. She is privy to the secrets of both men, especially Destro with whom she shows a special interest. Her loyalty is divided to both men and would not hesitate to play them against each other.