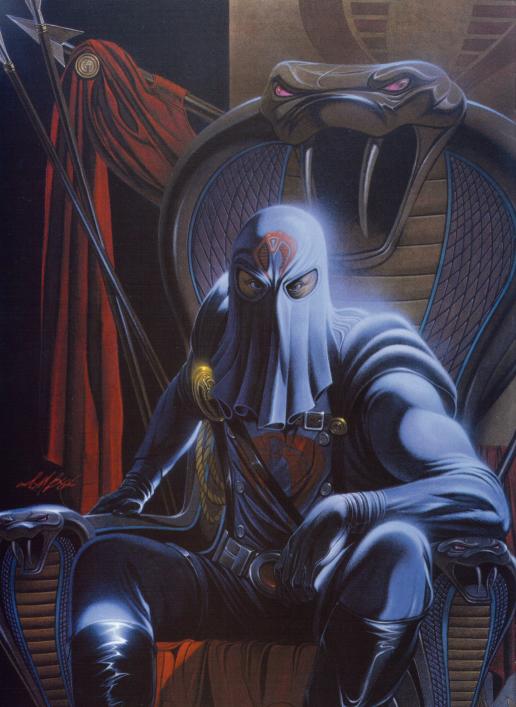 Not much is known of the background of the man many call the Cobra Commander. What we can only tell is how he works and how he thinks. We know that he has deliberately started political and social conflict in a number of areas. He has amassed an army by recruiting displaced people, promising them money, power and a chance to get back at the world that hurt them. In return, he demands that they swear absolute loyalty to his cause. What is his cause? World domination.

Cobra Commander does not delude himself by justifying his actions as matters of principles or glory. He knows he does it for control and power. He is ruthless, hatred-personified and totally obsessed. A meticulous person, he likes to personally oversee vital projects himself, even engaging in military combat himself on occasion. Not much is known about him, he is a master of disguise and he has appeared as a goatee artist looking man with a son in a coma, in the Marvel comics. His appearance in the 12 inch G.I. Joe line shows him as a man with dark slicked back hair, his appearance constantly changing leaves him assumed to wear masks, even the commander can keep his identity from the people around him.