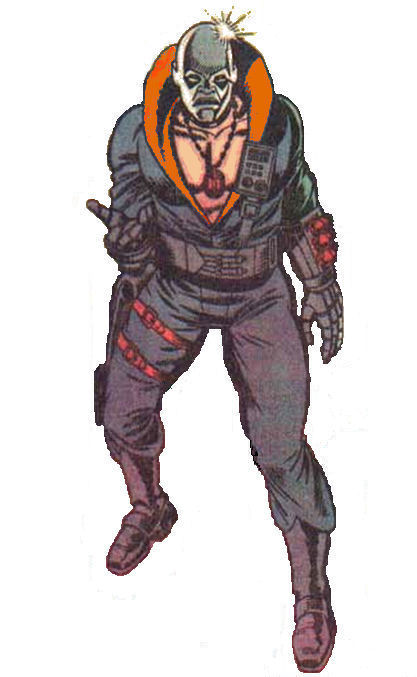 Destro is one of the most cunning foes the Joe Team has ever faced. He is the power behind M.A.R.S. (Military Armament Research Syndicate), one of the largest manufacturer of state-of-the-art weaponries. His business is fueled by inciting unstable countries to wage wars against each other and then getting them to purchase weapons from him. To him, war is simply man's expression of his most natural state. It is the perfect example of where the fittest survive and where many technological advances are made. His biggest client, thus far, is Cobra with whom he maintains an alliance of convenience. Despite being a manipulative person, Destro maintains a sense of honor and actually respects the Joe Team for their skills and expertise, if not their motivation.

The silver mask Destro wears is his most distinctive feature. It is forged from Beryllium steel. For centuries, the Destro clan designed and sold weapons. In an incident dating back to the English Civil War, an ancestor of his was caught selling weapons to both sides. He was forced to wear a steel mask for his crimes (neither side were willing to execute him because they still wanted his weapons). Rather than taking it as a sign of shame, the Destro clan turned it into a symbol of pride. The patriarchs passed it down as tradition from father to son for over 20 generations.